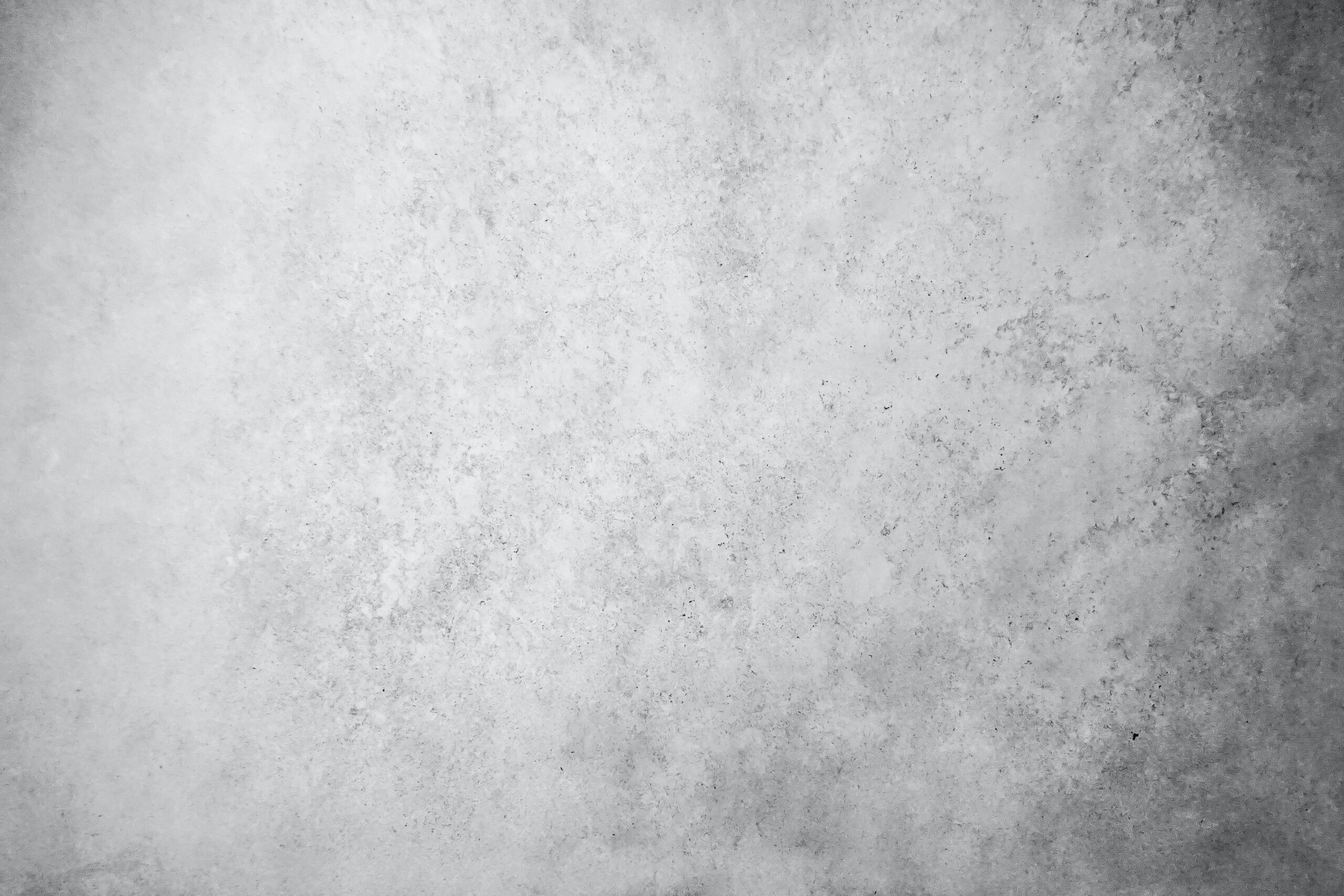 This article will answer the question “Why is concrete bleeding” and will extensively discuss its effects and mitigation measures to avoid its recurrence in future construction projects. Topics about densities of concrete components as well as factors that affect its values will also be covered in this blog post.

Why is concrete bleeding?

Concrete bleeding is a normal construction phenomenon that becomes problematic when the water content in the mixture is critically higher than other concrete components. This type of event naturally segregates the components of the mixture by gravity setting due to density difference.

The densities of the concrete’s main component are summarized in the table below.

Those components with higher density settle, while those with lower densities go upwards. From the density values shown in the table above, it is expected that the direction of excess water is upwards while the rest of the components is downwards. It is worth mentioning that because sandstone is denser than cement, the settling rate for the coarse aggregate is higher than fine cement.

Water is the sole liquid component of the concrete mixture. In general, the factors that could affect the density of liquids are temperature and pressure. However, at normal conditions, water is incompressible i.e. increasing the pressure at significant range could not affect its density. In contrast, temperature could greatly affect the density of water albeit peculiarly.

As water temperature increases, density is decreased. This is because at elevated temperatures, water molecules tend to distance from each other, causing volume expansion. As discussed previously, density is the ratio of materials mass and volume. The increase in volume while the mass remains the same, results in a decrease in water’s density.

The relationship of water’s density with temperature is inversely proportional – but only to some extent. Decreasing the temperature of water could increase its density until it peaks at 4 degrees Celsius. Temperatures lower than 4 degrees Celsius have shown to have a direct relationship with water’s density. This is because at normal conditions, water is approaching its freezing point. The molecules of water appear to restructure by compartmentalization, creating large spaces for each compartment that ultimately increases its volume. Consequently, the increase in volume decreases the density of water.

Water’s peculiar density behavior at various temperature ranges is essential to marine ecology and biodiversity. Ice which is the solid and compact state of water floats in the oceans because it has less density than its liquid counterpart. If ice’s density happens to follow an inverse relationship with temperature, it will sink at the bottom of the ocean and will destroy vast marine habitats. This massive ecological change may affect the evolutionary developments of numerous species – including humans.

The densities of concrete’s solid components such as cement and coarse sand aggregates are not greatly affected by thermodynamic variables like temperature and pressure as compared to water. Instead, their densities are heavily influenced by their state of compaction.

Cement and sand are not highly compact solids like those of metals. They are made of particles that can be classified based on particle size – either fine or coarse. For this type of solids, bulk densities are more relevant.

Bulk density is defined as the ratio of the ratio of the particulate mass that can fill a specific volume. Having a porous solid mixture implies greater void volume i.e. more spaces are not available for compaction. Since less mass is occupied in the system, the bulk density of porous materials is lower compared to its less porous counterparts.

Fresh concrete bleeding is definitely not rare in the construction industry. In fact, the density difference between concrete components makes the segregation of components unavoidable. However, it is important to know that while normal bleeding is tolerated, excessive bleeding should be controlled to avoid structural defects in the long run.

In theory, normal bleeding rate depends on the concrete type as well as its mixture design. However, in practice, bleeding is considered normal when the amount of water lost from concrete surface evaporation is consistently replenished by the bled out water, avoiding premature drying and crack defects. This is a highly ideal scenario which can be achieved by extensive design planning and considerations.

Channel bleeding happens when the rising water only accumulates at specific portions of the concrete slab, creating nonuniformity in the moisture content at the concrete surface. As a consequence, some parts are easily dried out while few are overflowing with water. This is a type of excessive bleeding that roots from the use of inappropriately large volume of water which implies a high water to cement ratio. While the high ratio could improve the workability of the mixture, the structure could have higher porosity and weaker integrity.

As mentioned previously, bleeding is a natural phenomenon in concrete construction due to innate density difference of the components. It is ideal and desirable when the amount of water transferred to the surface suffices the amount evaporated to the atmosphere. When this happens, a relatively uniform amount of moisture is present in the matrix which could translate to a more durable structure.

However, when the evaporation rate exceeds the bleeding rate of the mixture, this could result in the shrinkage of the pre-hardened concrete also known as plastic shrinkage. As more water is dried out on the surface of the concrete structure while maintaining a normal hydration inside, the surface shrinks to a smaller volume, initiating tensile stress that could lead to cracks in the long run.

The evaporation rate is a function of environmental conditions such as humidity, air temperature, and air velocity. These conditions could be controlled during the construction in order to mitigate the impending damages from plastic shrinkage.

Moreover, excessive bleeding could result in nonuniformity in the proportion of mixture components all throughout the concrete matrix. The water content on the surface of the slab is higher compared to the water content internally or in the other portions of surface (in the case of channel bleeding). The difference in composition results in a concrete with high porosity and permeability which lead to weaker structural integrity.

How to Control Concrete Bleeding

The proper mitigation in concrete bleeding requires knowledge about concrete mixture design. The main cause of excessive bleeding is the use of high volume of water in the mixture, translating to a high water to cement and water to sand ratio. Hence, one of the ways to avoid the recurrence of this undesirable event is by carefully adjusting the amount of each component in the mixture. It is only rational to adjust the water content first, but the workability of the final mixture should not be compromised. In a more advanced perspective, it is recommended to research the available concrete raw materials in your project to find the best component ratios of your mixture.

This blog post answered the question “Why is concrete bleeding?” It was clearly explained in this article that bleeding is a natural phenomenon in construction projects and only becomes problematic when the amount of water in the mixture is critically high compared to other components. It was also pointed out that bleeding could result in plastic shrinkage and compromised structural integrity, so to avoid this issue in the future, correct and standard mixture ratios should be followed.

How do you stop concrete from bleeding?

To minimize concrete bleeding, it is important to use the right amount of water in your mixture. Higher water content could result in higher loss of water due to bleeding. The use of fine cement could also help minimize bleeding rates, as smaller particle sizes do not settle quickly. With that in mind, you may use a high amount of fines in your mixture to the extent that it follows your mixture design ratios.

What is meant by bleeding of concrete?

Fresh concretes are bleeding when the water component in concrete aggressively separates away from cement and other coarse aggregates. This naturally happens because of gravity settling. The difference between the densities of concrete components allows this separation i.e. the less dense component goes up the surface while the more dense material goes down. Because water has lower density compared to concrete’s other components, it moves upwards and creates a pool of water that significantly evaporates. In the long run, the significant loss of water causes shrinkage in the structure resulting in cracks.

What does workability mean?

In terms of concrete, workability is defined as its ability to be casted into different shapes. It is directly related to flowability or “how liquid” the final concrete mixture is. A certain level of workability is required for concretes as this could ultimately affect the strength of the hardened structure. Good concrete workability means that it can be handled into different applications, and it is commonly determined through slump tests.

Why is the slump test done?

Slump test is done to determine if the final concrete mixture has sufficient and standard workability. It can serve as an indicator if concrete is uniform in terms of components and if it is appropriately mixed.

What is bleeding and segregation of concrete?

Bleeding is the separation of water from the fresh concrete mixture, so it is also a form of component segregation. When bleeding happens, the less dense component (that is water) tends to rise towards the surface, being significantly exposed to the atmosphere that causes extensive evaporation. When the rate of bleeding is surpassed by the rate of evaporation, fresh concrete can result in plastic shrinkage that results in cracks.

What happens if too much water is in a concrete mix?

Having too much in your concrete mix could result in compromised structural durability. Water is consumed during chemical reaction in the mixture and is released to the atmosphere during evaporation, leaving other components behind. Because these other components have less concentration at higher volumes of water, shrinkage is highly possible to occur which ultimately results in cracks and structural damages.