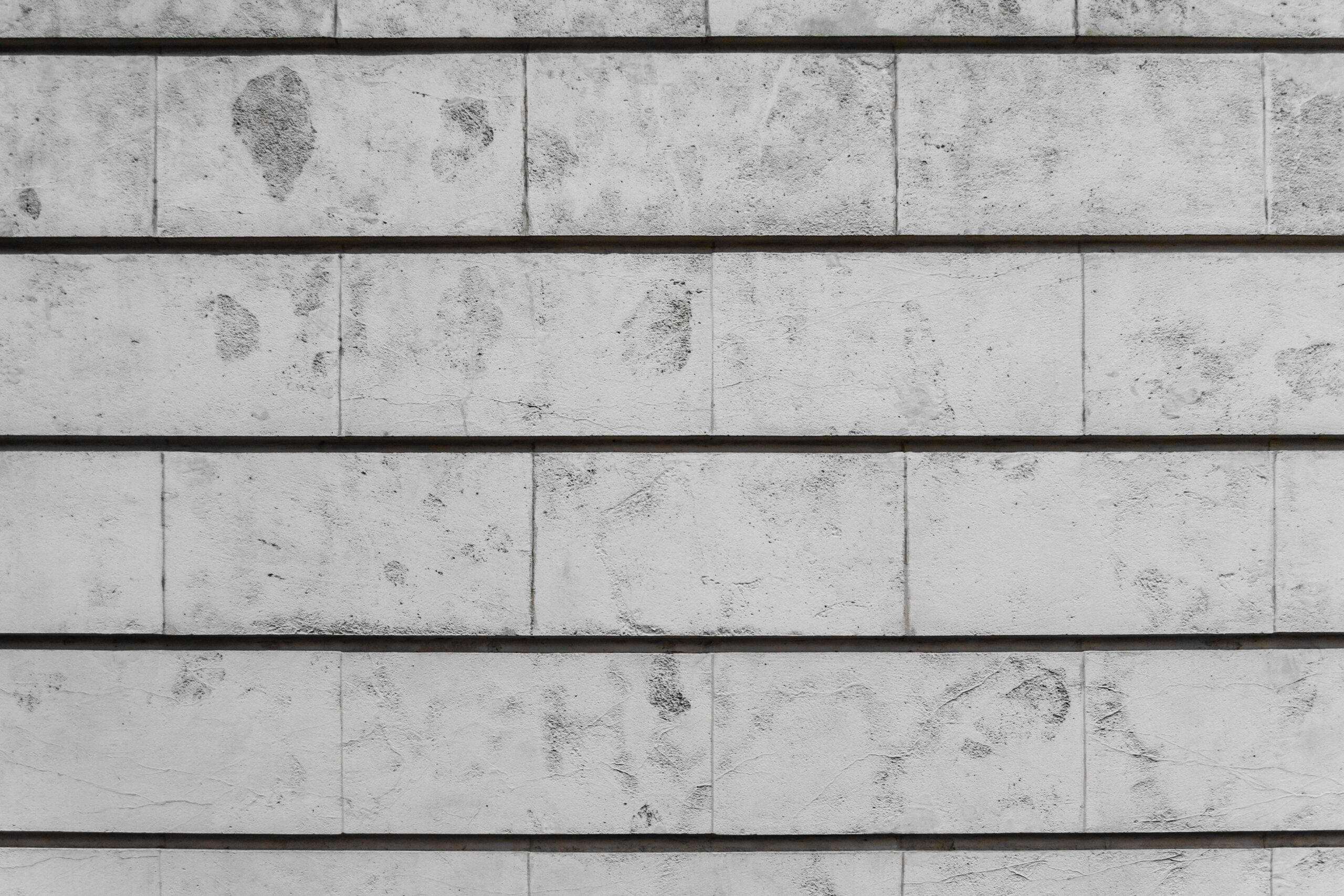 This article will answer the question “Why does concrete crack when drying?” and will clarify the stark difference between drying and curing. Topics about plastic shrinkage problems, the factors that cause it, and some recommendations to overcome this undesirable construction circumstance will also be covered in this blog post.

Why Does Concrete Crack When Drying?

Concrete cracks when it is curing or drying (sic) because of plastic shrinkage. Plastic shrinkage refers to a phenomenon in pre-hardened concrete mixture wherein specific parts of the concrete matrix shrinks in volume due to uneven distribution of water content. Furthermore, it is important to understand that the hardening process of concrete involves a chemical reaction that consumes water and releases heat which is completely different from the usual phase change exuded by drying.

Curing vs Drying: The Misconception

One of the most common misconceptions or frequently used incorrect terms in concrete processes is drying. The hardening step of concrete does not simply involve drying but a more complicated curing process. Yes, vaporization through drying still occurs during hardening, but it is not correct to assume that all that happens to concrete mixture is moisture removal. In fact, it is technically wrong to relate concrete strength and durability to the absence of most water volume as the formation of concrete by-products that make concrete strong and durable requires water as raw material.

While drying could occur naturally from the presence of a concentration gradient, it is important to note that rate of drying could be increased artificially by controlled manipulation of the drying rate factors such as temperature (by the introduction of additional heat source apart from the sun) and air velocity (using industrial fans).

As mentioned previously, concrete mixture dominantly undergoes a curing process to create a strong and durable structure. In a more technical notion, the process is called a hydration reaction wherein water molecules are consumed during a chemical reaction that produces new compounds and releases heat.

Plastic shrinkage is the most common reason why concrete mixture cracks during the curing and hardening process. Shrinkage happens because the concrete slab has different water content throughout the matrix, that is the water-to-cement ratio on the surface is different from the ratio internally. A natural phenomenon that greatly influences this difference in water concentration within the concrete matrix is called bleeding.

Bleeding is the segregation of water and other concrete raw materials due to density difference. In theory, denser materials settle while lighter materials rise to the surface. This is consistent with what is observed during concrete hardening. Because water has lower density than cement and sand aggregates, it tends to segregate away from these heavier components by floating onto the surface, resulting in a diluted surface slab that is heavily exposed to the atmosphere.

While bleeding is a natural phenomenon, it is important to understand that there’s only an acceptable bleeding rate to avoid the compromise in concrete’s integrity and durability in the long run. Ideally, the rate of bleeding should approximately relieve the rate of vaporization which is highly dependent on atmospheric conditions or factors. When the rate of vaporization is higher than the rate of bleeding, the surface of concrete slab depletes with water resulting in undesirable shrinkage. The surface of the concrete matrix shrinks in volume leaving the internal in distress from too much tensile stress which eventually leads to cracks.

The atmospheric conditions that affect plastic shrinkage (and hence concrete cracking) during the curing process are temperature, humidity, and air velocity.

The temperature of the gaseous medium surrounding concrete slab tells something about the thermal energy that could induce water phase change from liquid to gas. That is, higher temperature implies higher vaporization rate for surface water. Structural projects that are externally built such as buildings and skyscrapers have continuous thermal exposure from the sun, so the rate of vaporization is generally higher compared to indoor projects. Some common practices to replenish the vaporized water from the surface include regular splashing of water droplets on the slab and installation of protective cloth covers whenever applicable.

Humidity refers to the amount of moisture present in the air mixture. Unlike heat transfer from temperature, humidity greatly influences the rate of vaporization of water because of concentration gradient and mass transfer. In simpler terms, when the thin area right above the concrete slab has higher moisture content compared to air, some of the moisture is transferred from slab to air until it reaches equilibrium. This transfer of water content practically sucks water out from the internal matrix and induces bleeding, but when the rate of vaporization surpasses the rate of bleeding, shrinkage still occurs.

Like humidity, air velocity affects the rate of vaporization by mass transfer. At higher velocities, the moisture transferred from the slab surface to the surrounding air is dragged out of the system creating an area that is extremely devoid of moisture. This triggers the slab to transfer more moisture to the surrounding air, which will be extinguished again by the high velocity stream of gas. The cycle continues resulting in higher vaporization rates which ultimately result in concrete cracks.

How to Avoid Cracks During Curing?

It is logical to address the atmospheric conditions artificially in order to control the vaporization rates of water and hence the undesirable cracks during curing. However, in actual sense, manipulating these variables requires extensive energy and is simply impractical and non-economical.

The best way to deal with plastic shrinkage is by following the standard and established mixture designs for concrete. The amount of water present in the mixture is critical to the workability of the concrete as well as to its bleeding rate. In addition, it is recommended to regularly hydrate concrete slabs during curing as the process consumes water naturally. The introduction of additional moisture could help ease the process by replenishing the lost water content due to vaporization. Finally, you may control the transfer of water to the moisture by covering up the slab with damp cotton mats. By this way, the exposed area to atmospheric conditions is reduced while providing additional moisture to the mixture at the same time.

This blog post answered the question “Why does concrete crack when drying?” It was clearly explained in this article that cracks are apparent to pre-hardened or plastic concrete because of shrinkage due to bleeding. Excessive bleeding happens because of the high water to cement ratio. Furthermore, The difference between drying and curing was tackled in this article. It was established that the main environmental factors causing shrinkage cracks are temperature, humidity, and air velocity. Finally, it was recommended that designing concrete mixtures with standard ratios as well as exerting efforts to control environmental factors could mitigate issues regarding concrete cracks during drying (sic).

Frequently Asked Questions (FAQs): Why Does Concrete Crack When Drying?

Is cracking in concrete normal?

A lot of concrete structures show surface cracks over a period of time. Reasons for this undesirable outcome include incorrect curing process or could be a mistake in structural design. It is best to contact your structural engineer to assess your situation at home to avoid future damages.

How do I keep my concrete driveway from cracking?

You have to understand that cracking (to a certain extent) is a very normal thing to experience in concrete structures. Although, one can mitigate and control this from happening through regular maintenance and checking. It is important that the concrete mixture used was designed based on standards, so the integrity of the matrix is assured to last for a long time.

Does rebar stop concrete from cracking?

No, steel reinforcements will not prevent your concrete structures from cracking. In fact, most of the functions of your reinforcements are only activated after cracking has occurred. It prevents the overall structure from further cracking, thus preserving its structural integrity.

Why is my concrete cracking?

There are various reasons why concrete cracks, but the most common cause is shrinkage. Shrinkage may happen during pre-hardening (plastic shrinkage) and the hardened phase of concrete structures. Either way, shrinkage occurs because of uncontrolled vaporization of water from the matrix causing uneven amounts of internal moisture.

Can you fix cracked concrete?

Concrete cracks can still be fixed depending on the extent of damage. Hairline cracks and those with width less than 0.25 in can be filled by elastomeric fillers while those with wider cracks are better patched.

What happens if you don’t use rebar in concrete?

If you do not reinforce your concrete structures, chances are the initially formed cracks will grow uncontrolled causing irreversible damages. Your rebar reinforcements are needed because they resist tensile stresses from further aggravating your structure’s cracks.