This article will answer the question “why concrete cracks” by elaborating the most common reasons for this kind of defect. Questions about the difference between pre-hardened and hardened concrete cracks as well as the prevalent chemical reaction causing internal stress in concrete will also be covered in this blog post.

The most common reason for concrete cracks is shrinkage which is the excessive loss of water in the concrete mixture. When water evaporates off the matrix, what’s left in the mixture are cement and other solid aggregates that are comparably less in volume compared to when water hasn’t left the surface yet. It’s like when you left your newly washed clothes out under the sun. It dries too much; the cloth becomes wrinkly. If clothes have wrinkles, concrete has cracks!

Aside from shrinkage, it is important to note that concrete may crack due to the following reasons: 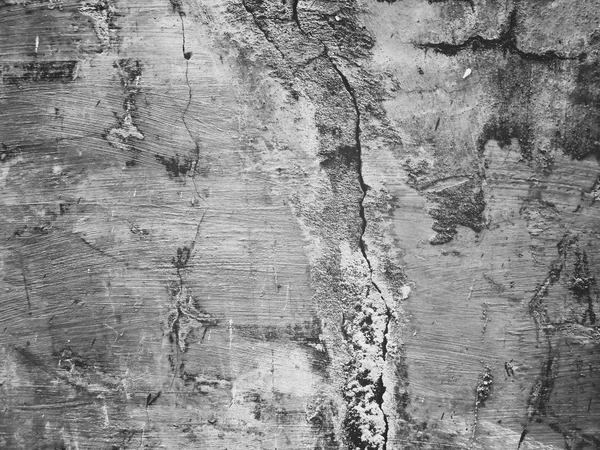 It is important to note that concrete cracks due to shrinkage could happen even before it hardens completely. Pre-hardening of concrete (also known as the plastic stage of concrete) can result in cracks because of water loss called as bleeding. Bleeding normally happens to fresh concrete when denser components settle due to gravity. Because cement and rock aggregates go down and take space, displaced water tends to move upwards onto the surface and evaporates due to moisture gradient from humidity, temperature of air and concrete, and high air velocity from wind.

Humidity is defined as the amount of moisture present in the atmosphere. Normally, people feel sweaty in highly humid environments because the water secreted from the body does not evaporate at a normal rate. Evaporation rate is directly dependent on the moisture gradient between two environments. If the difference between the moisture concentration in the surface of your body is nothing much compared to the moisture concentration in the atmosphere, evaporation of water is slower. Corollary to bleeding in plastic concrete, if the humidity of the surrounding environment is very low, evaporation rate is high and therefore the loss of water in the mixture is significant.

The increase in temperature could increase the rate of water evaporation. At elevated temperature, the kinetic energy of water molecules is increased leading to more active movements. Because molecules are agitated, the transition of molecules from one phase to another becomes easier, resulting in more water loss on the concrete surface.

Air velocity has a direct relationship with the amount of water that can be evaporated from the surface of plastic concrete. Therefore, exposure to a windy environment could result in more shrinkage and concrete cracks. The reason for this is related to the concept of humidity. When high-velocity air is exposed to the surface, the moisture present in the surrounding surface is easily removed and replaced by less humid air. Then, the less humid air results in higher moisture gradient, leading to higher evaporation rates.

Apart from environmental conditions such as humidity, the amount of water present in the mixture greatly affects the rate of bleeding. Increasing the ratio of water to cement can increase the rate of bleeding, and hence the vulnerability of your structure to plastic shrinkage.

Like fresh concretes, hardened concretes are vulnerable to cracks due to shrinkage. The reason for the reduced volume is due to the decline in the water present in the concrete matrix. Even when concrete structure is hardened, the moisture content inside the structure could escape the matrix through concrete pores.

Thermal crack may occur when the temperature difference between concrete and the surrounding results to restraints. It specifically happens when these stresses exceed the maximum strength of the material.

Adding water with cement and rock aggregates induces a chemical reaction called hydration. In hydration reactions, water combines with other substances resulting in a decrease in water molecules and a release in hydration heat; hence it is known to be exothermic in nature. The source of heat is the structure itself, allowing a flow of heat from the inside to the surface of the concrete.

Thermal cracks in mass concretes are randomly appearing on the surface on the surface of the structure. Minimizing this kind of crack can be done through meticulous design and planning as well as the use of other cement alternatives such as slag and fly ash. Reducing the amount of cement present in the mixture could decrease the heat of hydration, thereby minimizing the risk of thermal cracks.

The alkali-silica reaction (ASR) is a damaging reaction prevalent in concrete structures. This happens between alkali hydroxides and siliceous aggregates in the mixture formulating hygroscopic alkali-silica gel. The hygroscopic property of the siliceous gel means that it is capable of absorbing large amounts of water within the mixture, leading to significant expansion in a concentrated area. The expansion causes tensile stress within the section in the matrix that when left uncontrolled, could ultimately lead to cracks upon surpassing the maximum allowable tensile stress.

Controlling crack-causing ASR can be done by limiting the factors that trigger its reaction. The factors are the following:

Decreasing the moisture content of your mixture requires extensive mixture design as this could compromise the overall curing process of your structure. Hence, it is not always advisable to significantly decrease your water and cement ratio just to reduce the expansion of silica gels in your mixture.

Yes, the foundation of your concrete structures could move significantly, causing cracks and structural instability. Normally the timeline for foundation movement is wide enough to not notice it in a day or two, but the presence of cracks could verify its certainty. Sometimes, the loading in the overall structure exceeds its limit causing significant movement in its soil foundation. The presence of trees near the structure could also result in foundation movement when its roots creep towards the structure. Earthquakes could also be a reason for this event, but that is something out of our control but can be mitigated by stringent and accurate structural design.

This article answered the question “Why concrete cracks” and it was established that the main reason for this undesirable concrete outcome is shrinkage. It was explained that shrinkage happens not only in the hardened concrete but also in the fresh ones. Since shrinkage is related to the evaporation rate of water, the blog post tackled in detail the factors that affect this property. It was reviewed that the three factors affecting rate of evaporation are humidity, temperature, and air velocity. Moreover, it was discussed that thermal stress, chemical reactions, and structural movements in structural foundation could also significantly affect the formation of concrete cracks.

Are cracks in concrete bad?

It depends on how extensive the crack looks. If the visible concrete crack is within the range of ⅛ to ¼ inch wide, the crack is tolerable and should not be thought of as a serious structural damage. However, it is recommended to seek the opinion of a professional structural engineer to assess the situation.

Is cracking in concrete normal?

A lot of concrete structures show surface cracks over a period of time. Reasons for this undesirable outcome include incorrect curing process or could be a mistake in structural design. It is best to contact your structural engineer to assess your situation at home to avoid future damages.

How do you repair hairline cracks in a concrete patio?

You can make a grout to repair visible hairline cracks in your concrete patio. Simply prepare an amount of Portland cement of your desire, then mix it with water to form a pasty consistency. Generously dampen the part that has crack for a period of time before applying grout onto the surface.

What kind of foundation cracks are bad?

The stair-step crack is a critical type of concrete crack. This is normally seen as a diagonal line across your concrete structure, starting from the bottom to the top or vice versa. This is commonly observed when the foundation of your concrete is damaged from unprecedented movements.

How thick does concrete need to be to not crack?

It depends on the traffic in the area considered. For instance, if you’ll be designing for residential patios, you may opt for 4-in minimum thickness. On the other hand, if your project involves roads and driveways, you may increase slab thickness to about 6 inches.

Yes, epoxy floors may crack. This material is commonly used as sealers onto the surface of concrete. Because epoxy resins are commonly regarded as rigid material with less flexibility compared to other materials, epoxy floor could crack when its foundation is considerably damaged.

What was missing from this post which could have made it better?

Your feedback helps us improve the quality of these articles.